Facts About Mangroves You Need to Know 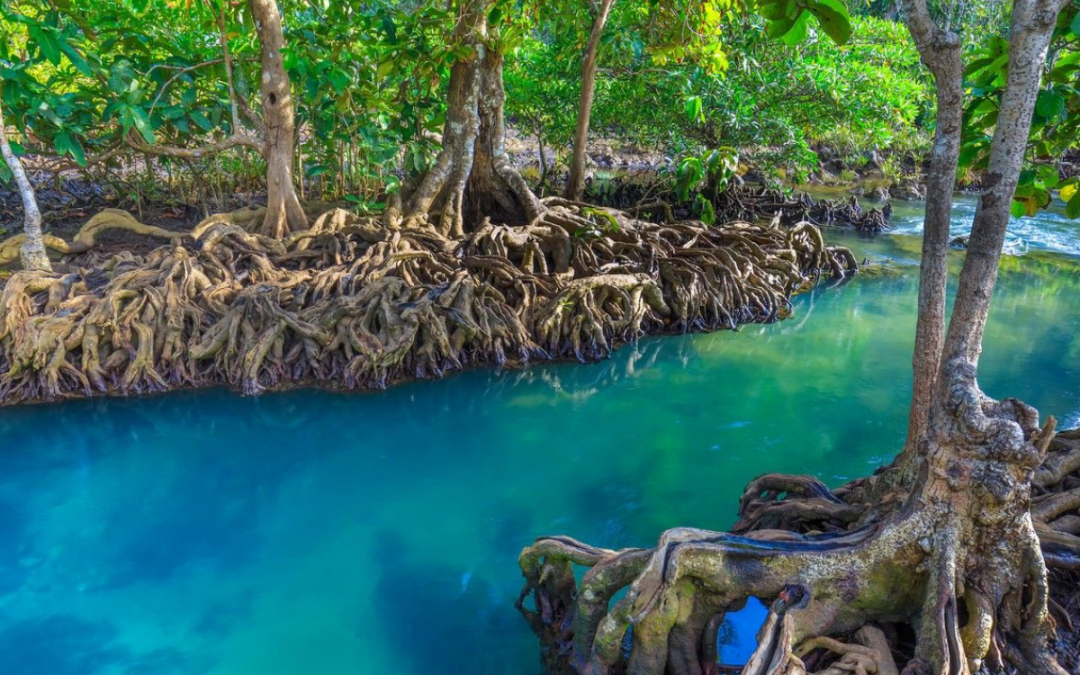 Mangrove forests are one of the most important, but often overlooked, ecosystems on earth. These coastal forests provide critical habitats for a wide variety of plant and animal species, and they play a vital role in protecting shorelines from erosion and storms. Mangroves also help to improve water quality by filtering out pollutants and providing a nursery ground for fish and other marine life. In addition, mangrove forests are a major source of fuel wood, and timber for local communities. Despite their importance, mangrove forests are being lost at an alarming rate due to development, pollution, and other human activities. It is crucial that we take steps to protect these vital ecosystems before it is too late.

Fascinating Facts About Mangrove Forests and Why They are so Important

The thing that is most remarkable about mangroves is that they are halophytes. This means that they can tolerate salt and are able to live in areas where oceans and seas meet the land. These incredible trees live in tropical and subtropical areas across the Earth. They are especially common in countries such as Indonesia, Thailand, and Mexico.

The roots and branches of the trees help to secure them in place and their leaves filter the salt from the water and excrete it. If this does not make them incredible enough, mangroves also play a vital role in protecting animals and people as well as helping to control climate change. Taking a look at some fascinating facts about mangroves helps to show just how amazing they are.

There are many different types of mangrove

One of the most interesting things about mangroves is that they are not just one type of tree. There are several different species. In fact, it’s estimated that there are around 80 different species altogether. These species include red, black, and white mangroves. Of these, the red mangrove is the one that lives furthest into the water. It has long thin stilt-like roots which help it to survive. The different species of mangrove range in height from 2 to 10 meters.

Mangrove forests are found in many different places

The existence of mangrove forests is not restricted to one particular part of the planet. These trees can be found in 118 different countries that have tropical or subtropical climates. In all, there are around 137,000 square kilometers of mangrove forest across the planet.

One of the largest of these mangrove forests is the Sundarbans which covers 140,000 hectares. It’s located on the delta of the Ganges, Brahmaputra, and Meghna rivers in India. The forest is adjacent to the Sundarbans World Heritage site.

Mangroves are in danger

Despite the fact that there are large areas of mangrove forest in the world, these important trees are still in danger. Over the last 40 years, around 35% of mangrove forest has been lost, across the world. This loss of mangroves has had a detrimental effect on the environment and has also destroyed the homes of animals such as the probosci’s monkey and the Bengal tiger.

The destruction of mangrove forests continues in certain areas, at a rate of around 1% each year. This destruction rate makes it possible that mangroves could disappear within the next 100 years. The problem is especially bad in Myanmar where around 60% of mangrove forest has been lost. The Myanmar government is currently under pressure to develop measures to deal with the problem. The next fascinating fact about mangroves helps to give a better understanding of why protecting them is so important.

Trees in general capture and store carbon and help to protect the environment while making it easier for humans to breathe. Mangroves are especially good at this. According to tree planting and conservation experts Project Drawdown, mangrove forests can store around 10 times more carbon than other ecosystems. It’s estimated that the soil in mangrove forests may hold an amount of carbon that is equivalent to two years worth of global emissions. If mangrove forests were lost most of this carbon would be released. The result of this type of release could be climate changes such as forest fires, more heatwaves, and further rises in sea level. This means that protecting mangrove forests is an essential aspect of dealing with climate change.

People are protected by mangrove forests

It’s not just their impressive carbon-storing capacity that helps mangroves to protect the human race. These valuable trees also offer protection against rising sea levels and storms. Both of these natural phenomena are becoming increasingly common as the global climate changes.

Mangrove forests present a barrier against rising waters across the planet. In addition, the dense root systems of the trees help to hold the soil in place. This assists in preventing the erosion of the coastline that is so important to the human habitat.

The roots of mangroves are home to several species

The global areas of mangrove forests are home to many different creatures including eagles, monkeys, cranes, and tigers. It’s easy to see that the world could lose some of its most important animal inhabitants if the mangrove forests ceased to exist.

The mangrove is a unique tree that has attributes that make its protection a matter of great importance. Unfortunately, mangrove forests have shrunk significantly over the last four decades.

This is a disturbing fact as mangrove forests are essential to the protection of the environment. This is important for the ongoing survival of the human race as well as several different animal species. The good news is that people are becoming more aware of just how important mangrove forests are.

Governments are starting to take action in helping to protect the mangrove forests that currently exist. Many tree-planting programs are also specifically aimed at helping to sustain mangrove forests across the world. Hopefully, this work will begin to address the issues with the loss of mangroves and the numbers of these trees will start to increase. This type of increase is important if the environment of the planet is to be protected.