Green Space – How Does It Impact Humans? 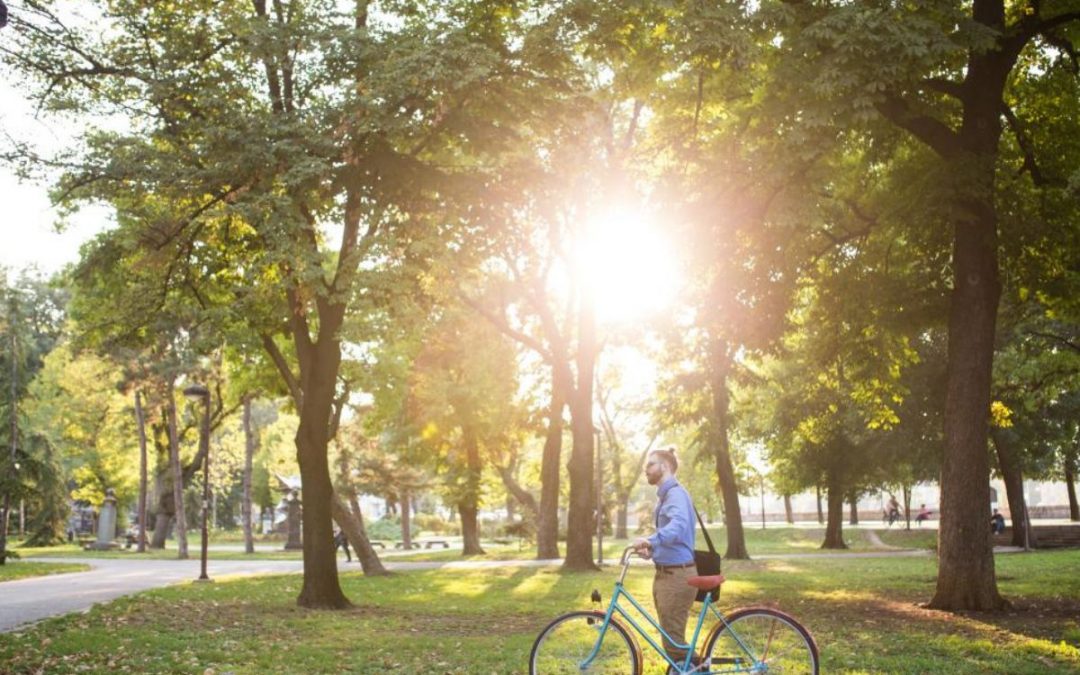 Recent studies have shown that green space can reduce the incidence of violence and stress in urban environments. These green spaces can be anything from vacant lots to community gardens. According to the authors, the increased access to nature reduces mental fatigue, improves concentration, and makes people more likely to approach problems less violently.

The research team plans to further examine the evidence for the relationship between green space and crime by conducting a meta-analysis of the literature, and they are also partnering with the United States Department of Agriculture Forest Service. The researchers also acknowledge the need for more causal interventions and qualitative studies. These findings have implications for public health, urban planning, and policy.

One recent study has found that people who spend time in green spaces tend to have more focus, better attention, and improved memory. The results of this study were consistent across gender and age groups, and also showed that green space has positive effects on overall cognitive health. A recent study conducted by Boston University School of Public Health included a total of 13,594 women. The study evaluated the impact of green space on cognitive functions using the Normalized Difference Vegetation Index, as well as the Cogstate Brief Battery.

One of the most important factors for improving green space use is involving the community. Activities and events held in green spaces can increase participation and help users develop new skills. These activities may also promote trust and build the self-esteem of participants. When carried out by trained staff, these activities can motivate people to adopt healthier behaviors and practices. Furthermore, these activities can help participants feel connected to nature, which can improve their mood and concentration.

Research has also found that green space improves the quality of life of people living in urban areas. It protects residents from various stress-related conditions, such as depression and neurotic behaviors. Interestingly, the protective effects of green space are dose-dependent, with the longer the exposure, the stronger the effects.

A large body of research shows that exposure to green space has multiple benefits. In particular, it can help people stay fit and reduce stress, improve cardiovascular health, and improve neurocognitive development. Additionally, it can prevent diseases like osteoporosis, cancer, and obesity. It is vital to create attractive, welcoming urban environments where people can enjoy outdoor time. Older people in particular may benefit from physical activity in green space, especially if it includes facilities such as walking tracks or playgrounds. Moreover, physical activity in green space can be therapeutic for those suffering from mental health problems.

A recent study showed a correlation between green space and crime. In fact, a neighbourhood that was greener was less likely to have violent and property crimes. A similar relationship was observed for sexual crimes. Though the study was conducted in South Africa, it shows that greenness is associated with lower crime rates.

Increased Productivity in the Workplace

The presence of a green space in the office can have a positive impact on employees. Besides removing air pollution, green spaces can also boost employee retention and productivity. Furthermore, a green space can improve a person’s mental health and provide physical exercise. This is particularly important as 1 in 4 people in England will experience some kind of mental illness in their lifetime, resulting in an average loss of 4.3 days of work per person each year.

Another benefit of having a green space in the office is a reduction in stress. Plants have a relaxing effect on workers, which makes them more attentive and engaged in their work. According to Dr. Libby Sander, assistant professor of organisational behavior at Bond Business School, adding plants to the workplace can improve staff performance by lowering stress levels.

Increasing the amount of biodiversity in a green space can also have a positive psychological impact. In fact, a 2007 study found that higher levels of species richness in a landscape positively influenced visitors’ self-reflection. This positive relationship between biodiversity and wellbeing was also found in a 2016 review by Botzat et al.

Students can also take a leading role in improving biodiversity in green space by studying the different aspects of biodiversity in their communities. By studying the needs of different animals, plants, and their habitats, they can ensure that the green space is suitable for all. In turn, this will help create a more sustainable community that provides more ecosystem services.

Creating more green spaces around the world has a variety of benefits. According to the World Health Organization, access to green spaces is associated with better public health. For example, researchers found that for every 0.1 square feet of green space within a third of a mile of a person’s home, there was a 4 percent decrease in premature deaths. These findings were consistent across all countries.

Unfortunately, not everyone has access to green spaces. Some are not even aware of them, and some are physically unable to make use of them. In addition, the percentage of people using green spaces varies depending on sociodemographic characteristics, including age, education, and gender. In general, however, people with high socioeconomic status are more likely to use green spaces.

Effective green space interventions require multi-disciplinary collaboration and a combination of actions. By creating an environment where people feel comfortable and can learn about the benefits of green spaces, the population may become more motivated to engage in them. However, it is important to consider the characteristics of different demographic groups to determine what interventions will have the greatest impact.