Plants That Cause Rashes: How to Identify, Avoid and Treat Them 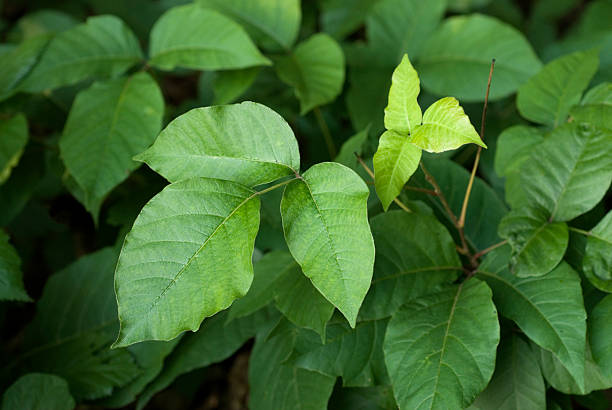 Written by Toni Leland and published on https://davesgarden.com/

Being out in the greenery is rejuvenating, but a relaxing stroll can become a pain if you get too cozy with the bushes. If you develop rash or blisters soon after a walk, don’t be too quick to blame it on the bugs!

Many harmless-looking plants in the wild can cause skin irritation in humans. People may react differently to the toxins in these plants, and you can get anywhere from insignificant rashes to horrendous blisters depending on your susceptibility.

When you accidentally brush against the leaves or stems of a poisonous plant, you can get contact dermatitis, which looks like a rash that may be short-lived or may require emergency medical attention.

To help you avoid this unpleasantness, let’s have a look at some common toxic plants, what they look like, how you can identify them, and where you may encounter them.

Plants That Irritate the Skin: Beyond Poison Ivy

Ever wonder why some plants cause rashes or reactions when handled or touched? Basically, it’s the same protective mechanism that animals and insects use to keep from becoming a predator’s lunch! Ever see a deer or rabbit munching on poison ivy? Animals, birds, and other wildlife either have natural instincts or learn at a tender age about which plants to avoid.

As gardeners and lovers of the outdoors, it’s a good idea to understand which plants we should take care to avoid–or at least take precautions to handle the specimen carefully. Some individuals are not susceptible to the toxicity of poisonous plants, but others are so vulnerable that only brief contact with an offending plant can be dangerous or even fatal. I cannot even brush a bare arm against a tomato leaf without an immediate burning reaction; but I can eat the fruit. My mother could not hull strawberries without breaking out into a rash on her hands. My granddaughter brushed against a scented geranium and, one hour later, had huge hives all over her arms. One popular plant in the photo at right is a culprit for contact dermatitis: the caladium!

Four distinct types of defense are used by the plant world: mechanical, chemical, phototoxic, and mechanical-chemical.

Mechanical defenses use sharp parts of the plant such as thorns or barbs. Some grasses have razor-sharp blades, and some bamboo species have bristles which break off and penetrate the skin. These mechanical injuries are not dangerous by themselves, but the broken skin and portal for infection can be. Plants using mechanical defenses include, among others:

Chemical defenses are used by the largest group of plants. In this situation, some portion of the plant structure can enter the skin without an open portal. Dermatitis usually shows up within several hours. Saps and juices cause painful irritation and sometimes permanent damage, especially if the substance gets into the eyes. These same plants can cause poisoning if burned, since the chemical is released in the smoke and enters mucous membranes and lungs. The upas tree contains a sap that is not an irritant, but is deadly if it gets into even the tiniest scratch on the skin. Quite a number of plants fall into the chemical defense category, and some are common in our homes and gardens. More importantly, travelers should be aware of these plants when in unfamiliar territory.

Phototoxic defenses are not as numerous as the others, but just as painful. The plant chemical does no damage on its own, but will react violently when exposed to sunlight. Plants known for this defense are:

Mechanical-chemical defenses are more sophisticated, using two methods to disburse toxins, providing an entry point for the chemical. Stinging nettle is the best example of this. What look like hairs on the leaves and stems are actually microscopic hollow needles filled with poison.

Many of the above-named plants are also poisonous if ingested, and some of the species which cause chemical reactions can be lethal if the sap or latex gets into the bloodstream.

When working around any plant that has known toxicity, protect yourself with gloves and long sleeves, pants that cover ankles, and wear protective glasses. Take care when camping or hiking in regions with which you are not familiar. When traveling to other countries, be very aware of the local “no-touch” flora.

If accidentally exposed, immediately wash the area twice with soap and water. If inflammation begins, use hydrocortisone cream to calm the burning and itching. If symptoms persist more than 14 days, consult your physician.