Reasons Why You Should Plant a Tree In Your Yard 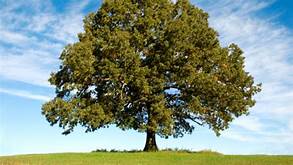 Written by Matt Mostyn and published on https://www.ovoenergy.com/

Trees are the oldest living organisms on the planet. Not only are they aesthetically beautiful, but they offset environmental impacts and create a healthy, clean environment for us to enjoy.

The benefits of planting trees are far reaching so we’ve compiled a list of what we believe to be the most important benefits of all. Grab your shovels and your gardening gloves, and get ready to be inspired.

Top 8 benefits of planting trees and, why we’re planting more of them

Who doesn’t love a good tree? Tall, stately, elegant and beautiful, their quiet presence in our lives just makes us feel good.

But they’re not only here to look pretty. They’re absolutely vital for the health of our planet, in all kinds of ways. And since their debut 300 million years ago, they’ve marked a turning point for the Earth, helping to transform it into a thriving utopia for all creatures great and small.

While there are currently around 3 trillion trees on our planet, the total number of trees on Earth has fallen by around 46% since the beginning of human civilization (about 11,700 years ago). That’s why it’s more important than ever to celebrate – and remind ourselves of the benefits of – the humble and beloved tree.

So here they are – our top 8 reasons why we love trees, and why we need to plant more of them:

Trees are a bit of a miracle, in more ways than one! But one of their best qualities is their ability to act like sponges for carbon. They absorb carbon by removing it from the air and locking it in their wood and roots – and they can do so for decades, or even centuries.

A single tree can absorb as much as 22kg of carbon each year, and it can lock away 1 ton of the stuff by the time it reaches the age of 40. Annually, an acre of trees absorbs the same amount of carbon as if you drove your car 26,000 miles.

Planting billions of trees across the world is one of the biggest and cheapest ways of taking carbon out of the atmosphere to help tackle the climate crisis, according to scientists. One recent study estimates that forests and other natural ecosystems could help reduce carbon by more than one-third and keep global warming below 2 °C by 2030.

About 15 billion trees are lost each year due to deforestation, forest management and changes in land use. But a worldwide planting programme could capture up to 100 gigatons of carbon – equivalent to a decade of man-made carbon emissions.

Over a 10 year growth period, each tree will absorb around 60kg of carbon – so overall, the trees we plant on behalf of our members will absorb around 54,000 tonnes of carbon. That’s about the equivalent of the carbon footprint created by 49,000 people flying from London to New York!

But they don’t just enrich the air we breathe. They also purify it. Trees are able to absorb pollutant gases such as nitrogen oxides, ozone, ammonia and sulfur dioxide. It’s another reason why a walk in a forest makes us feel so good.

When it comes to towns and cities, trees can combat many of the effects of air pollution, if planted in large enough numbers. With more than 3 million people dying worldwide each year from illnesses linked to air pollution, that’s a potentially powerful solution. In the UK alone, pollution removal through vegetation is estimated to save us around £1 billion in avoided health damage costs, with 27,800 fewer life years lost and 1,900 fewer premature deaths per year.

But how do they cool the air? In two different ways. Firstly, a tree’s canopy acts like a parasol, blocking out up to 90% of the sun’s radiation and cooling the ground beneath us. And secondly, they use a process called evapotranspiration to block radiation from the sun before it hits the ground.

When the sun’s rays hit a tree’s canopy, they cause water to evaporate from the leaves, creating a cooling effect that can decrease local air temperatures by several degrees. Yes, just like us, trees ‘sweat’ when they’re hot – and that action plays its own small but very welcome role in regulating the temperature of our environment.

Like most living things, trees need water to survive – and they can drink a lot! In a single day, a large tree can consume 100 gallons of the stuff. That fact means they help limit flooding from heavy rain – especially in low-lying areas like river plains.

By helping the ground absorb more water, and by holding soil together with their roots, trees can also reduce the risk of erosion and property damage from flash floods. And with extreme weather and the risk of flooding on the rise, that can only be a good thing!

With many species under increasing threat from climate change, native trees play a vital role in sustaining life. They create habitats for all kinds of wildlife – from squirrels and bats, to bees, owls and woodpeckers.

Trees add to local biodiversity, becoming both a food source and a natural habitat for wildlife.  Adding a single tree to a pasture, for example, could raise the number of bird species from near zero to 80. And in greater numbers, they attract even more endangered and at-risk species.

That’s also important when you consider the value of wildlife for us humans. From pollinating our plants to eating pests like mosquitoes and mice, trees support wildlife’s survival, and encourage it to thrive. Read our guide to rewilding to learn more about why it’s important to restore the native ecosystems in our wildlife.

6. Trees are good for our health!

Trees have been proven to do everything from helping lower stress to raising property values, and believe it or not, even fighting crime. Yes, trees really are super-heroes.

Studies have shown that patients with views of trees heal faster and with fewer complications. Children with ADHD show reduced symptoms with access to nature. And exposure to trees and nature has also been proven to reduce mental fatigue and help concentration. So maybe skip that third coffee and go in search of your nearest oak!

As for the crime statistics, violent and antisocial behaviour has been shown to be more common in neighborhoods and homes without trees. It’s thought that trees and landscaping have a calming effect, helping to reduce levels of aggression and fear.

It’s part of our nature to like trees – and science has proven that just looking at them can make us feel calmer, happier and more creative. This may be a result of something called biophilia, which means an innate affinity for nature – but it goes even further.

When we’re exposed to certain chemicals released by trees (known as phytoncides), research reveals everything from reduced blood pressure and anxiety to increased pain threshold, and even an increase of anti-cancer proteins. The tree-huggers were right all along!

Trees are also pretty handy for mopping up soil pollutants. One maple tree can remove 60 milligrams of cadmium, 140 mg of chromium and 5,200 mg of lead from the soil per year.

Studies have also shown that farm runoff contains up to 88 percent less nitrate and 76 percent less phosphorus after flowing through a forest.

8. Trees can lower your energy bills

And finally, yes, you read that right. Trees can actually help to reduce your energy bills!

That’s because when they’re planted strategically, they give you shade in the summer, reducing the need for fans and air-conditioning. For maximum effect, plant trees to shade the east and west sides of your home.

In winter months, trees act as a windbreak, helping protect your home from the cold. Evergreen trees planted on the north side of your home and shrubs planted around the foundation will reduce the cooling effects of winter winds

It’s estimated that planting trees and shrubs can save you up to 25 percent on your energy bills. Welcome to another one of nature’s gifts!