What Is The Pruning Rule? 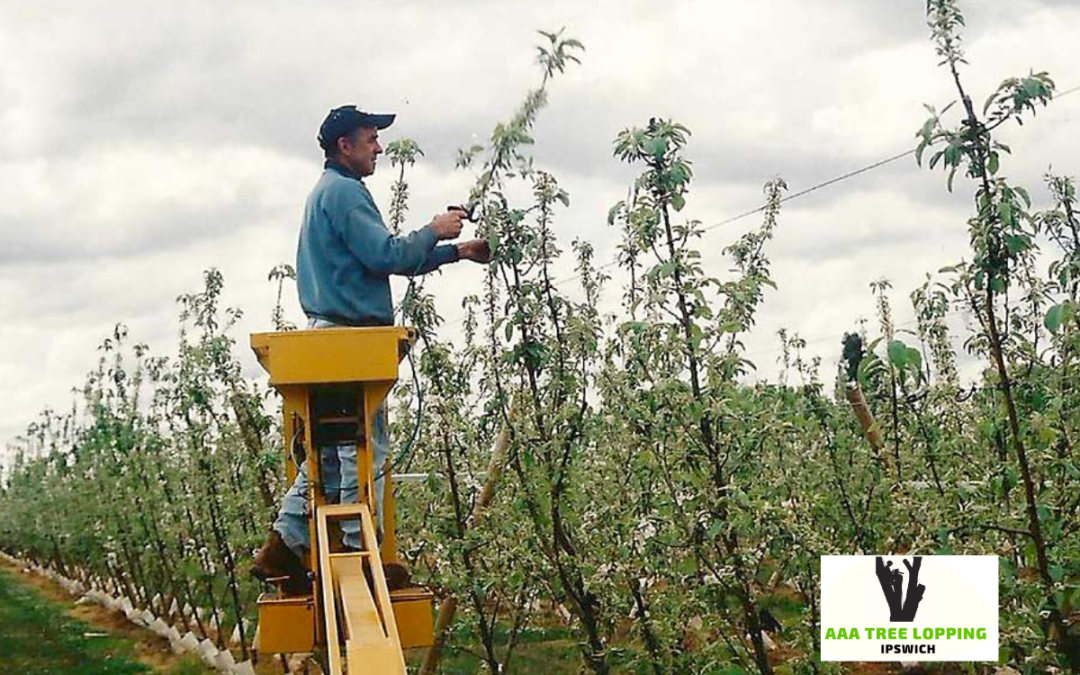 Pruning is one of the most important parts of growing indoor plants. It’s also one of the most challenging parts for a lot of people. Pruning your houseplant can seem scary and complicated, but it doesn’t have to be. In fact, pruning is actually quite simple once you know what you’re doing! The trick is knowing which branch or shoot to cut and where. Thankfully, there is a rule that makes it easy to identify the correct branch and location with just a glance: the pruning rule.
When used correctly, this piece of advice can make pruning much easier, so keep reading to learn more about it!

The 1/3 Rule for Pruning Shrubs

When it comes to pruning shrubs and small trees, home landscapers tend to come in one of two types: those that are excessively timid about pruning out of fear of doing damage, and those that aggressively over-prune in an effort to achieve that perfectly shaped shrub or hedge. Professional gardeners and experienced DIY landscapers learn, though, that the nearly perfect pruning practice involves trimming about 1/3 of the good wood during any major pruning session. Prune more than that and you run the risk of damaging the plant or at least stunting its growth in a major way. Prune too little, on the other hand, and you don’t really accomplish much, failing to improve the shrub in any significant way.

For established shrubs and small trees, moderate pruning has the effect of stimulating new, vital growth. Plants live in a balance between the above-ground and below-ground parts. When the plant loses a notable number of stems, especially in the top of the plant, it attempts to restore balance by pushing forth new growth to keep the top greenery in balance with the water and nutrients being pushed into it by the root system.

This regrowth is a great thing in moderation: it’s how plants heal, and how pruning can stimulate growth from dormant buds. But when a plant loses too much of its leafy growth, it goes into a kind of shock or panic mode. At this point, it may try to also regrow from suckers or water sprouts—a tendency that can leave the plant ragged looking. Once suckering begins, it has a tendency to continue for quite some time.

Too little pruning, on the other hand, does little to stimulate any new growth at all. While it may help provide some minor shaping to the plant, timid pruning won’t really stimulate new stem growth the way a decent 1/3 pruning does.

Established Shrubs and Small Trees Only

The 1/3 rule applies only to fully established shrubs and small trees. An established plant is one that has fully overcome its transplant shock. Newly planted shrubs and trees should be allowed a full season or two to get their root systems established before major pruning. With larger shrubs that have been transplanted, this shock may last several years. Any shrub that requires supplemental watering during non-drought periods is still in its period of transplant shock and should not yet be subjected to major pruning. Prune too much or too early, and you may stunt the tree just at the point where it needs lots of top greenery to support the development of its new root system.

The 1/3 rule can be applied to most shrubs and small ornamental trees, but for larger shade trees, pruning should be limited to no more than 1/4 of the total branches. Shade trees, too, will be stimulated into new growth by assertive pruning, but they do not require the same vigorous pruning that multi-stemmed shrubs do. Pruning trees regularly is still important, however, since it makes them less susceptible to wind damage.

When Hard Pruning Is Necessary

Periodic hard pruning is appropriate for any healthy, established shrub, but it may be overdue if either or both of these conditions apply:

For an established shrub or small tree, one assertive pruning session each growing season should be the maximum. At other times, pruning should be limited to the removal of dead or diseased branches, or simple shaping pruning to keep hedges in their proper shape.

For most shrubs, late winter or early spring is the best time to prune. The plants are still in full dormancy at this time but are just preparing to produce new growth. If your shrub is a spring-blooming variety, though, make sure to leave behind enough flower buds on the stems for a spring show. Some homeowners are very reluctant to aggressively prune a shrub or tree, but rest assured that an established shrub will quickly thank you for the effort with lots of dense new growth.

With a vigorous, established shrub, begin by removing any dead, damaged, or diseased wood. Next, remove any crossing branches where the bark is rubbing. Then, (and most difficult for some homeowners) select a group of strong, well-placed stems to save, then sacrifice a good number of the secondary stems. This aggressive pruning will soon have the impact of jump-starting new growth on the remaining branches, and within a matter of a few weeks, you will see a dramatic improvement in the shrub. If you wish, this heavy pruning can be concluded with some light pruning at the tips of remaining stems in order to shape the shrub, such as when it is part of a hedge.

Remember to be bold when practicing the 1/3 rule. It’s important to remove enough wood to achieve your goals. For new gardeners, the tendency is to prune too little and fall short of the ideal.

When a shrub has been neglected for many years, it may get so overgrown and out of control that normal pruning isn’t enough. For these shrubs, some experts recommend a very severe form of pruning, known as rejuvenation pruning. This involves cutting the entire shrub off at a level just six to 12 inches above the ground. The shrub will be little more than an unattractive clump of stems for a short while, but it quickly restores itself to a new, improved shape. Not all shrubs respond well to rejuvenation pruning, but those that do are exactly the shrubs that tend to get badly out of control: