How to Deal With Water Sprouts on Trees 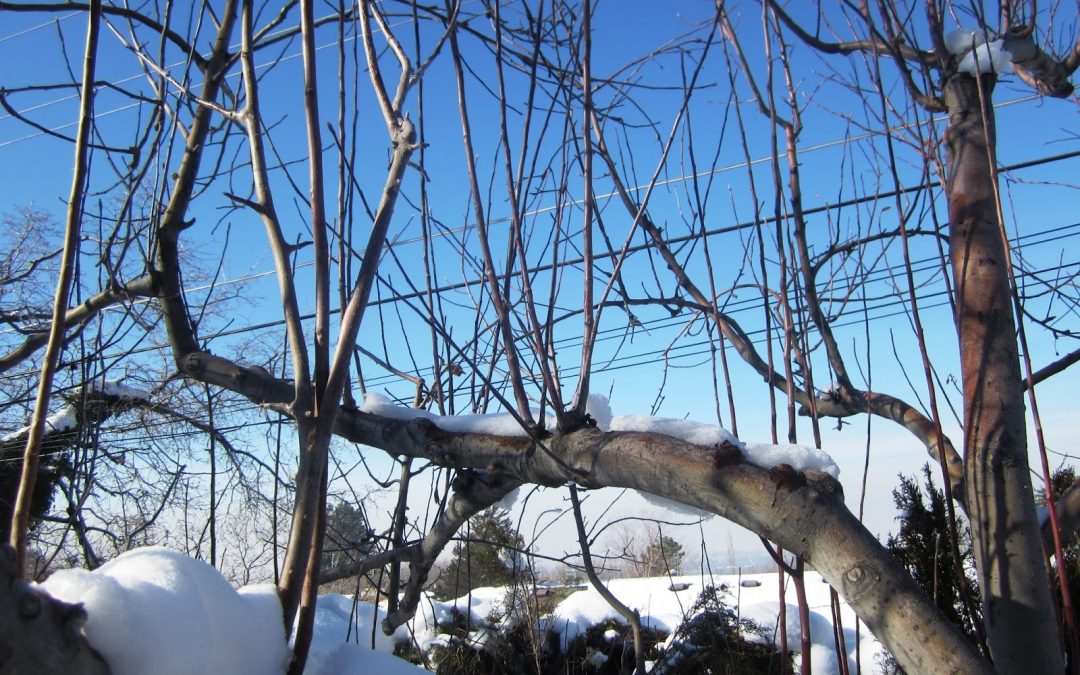 Written by Jonathan Landsman and published on https://www.thespruce.com/.

Have you discovered water sprouts growing on one or more trees in your landscape?

With their erratic growth patterns, water sprouts aren’t particularly attractive. They tend to grow outward in a variety of directions, resulting in a messy and unkempt appearance.

To make matters worse, water sprouts are highly susceptible to disease and pests.

The thin shoots originating from a tree’s trunk attract disease-causing microbes as well as wood-devouring pests.

For an attractive and healthy landscape, you should remove the water sprouts while also taking preventative measures to keep them from reappearing.

Recognizing and Controlling Watersprouts in Trees and Shrubs

When a landscape tree or large shrub begins to send out strange, out-of-character growth shoots from the trunk or from older established limbs, you are likely dealing with a growth phenomenon known as watersprouts. They tend to grow with uncanny speed, sometimes in clusters from a single point. Most homeowners have an instinctive wish to prune away these strange, disfiguring growths, which is precisely the right impulse to follow. In practical terms, watersprouts can be considered the above-ground version of the suckering shoots that sometimes pop up around the base of trees and shrubs. And like those in-ground suckers, watersprouts should be pruned away—unless you want to try your hand as using them in grafting.

Watersprouts are the growth shoots originating from growth nodes either on the surface or buried in the old wood of a plant. The new growth is very thin relative to the parent branch and the joint between the sprout and branch is quite weak. Like a sucker, the watersprout wood is juvenile and fast-growing, fed on the water and nutrients provided by the established parent wood.

Though they happen naturally, and rather frequently in some species, watersprouts are generally regarded as something gone wrong. Waterstprouts originate from old buds often invisible buried in the old wood. In nature, suckers and watershoots perhaps offer a means by which a badly damaged plant can survive, but in landscape use, watersprouts are considered a waste of energy that diverts growth from the main plant.

Because watersprouts are tender, young growth shoots, some people believe them to be a vulnerable access point for pathogen attacks. In a commercial orchard, watersprouts are an unwelcome nuisance, since they break the good architecture of the tree with weak wood that doesn’t bear any fruit. In a residential landscape, watersprouts disfigure the classic look and shape of a tree or shrub. For the most part, watersprouts don’t cause harm but are an aesthetic problem. We usually remove them just because they seem ugly and out of place.

Thin growth, especially clusters of thin growth, that originate from spots where there does not seem to be a node or bud are known as suckers. Suckers generally don’t occur on younger wood, where the buds are at the surface and under control of hormones dictating healthy growing patterns. The term sucker is usually reserved for the type of shoots that grow up through the ground from roots.

When these new shoots erupt from older above-ground wood—the trunk or older branches—they are known as watersprouts. Watersprouts, like suckers, often bolt for the sun. When protruding from the top of a branch, they are strangely upright, fast-lengthening stems that break the architecture of a good scaffold branch. When they come from the trunk or a vertical branch, they will sometimes curl upright rather than stretch out.

Although there are some plant species that are natural producers of suckers and watersprouts, most plants are more likely to produce them if they are under stress or badly pruned. To reduce the likelihood of watersprouts, maintain the good pruning practices recommended for your tree or shrub. Factors that can cause watersprouts include:

Most of the time, you’ll be removing watersprouts as waste wood. There is no skill to it; just cut them off any convenient way. For first-year sprouts, it is not important to make a clean cut at the base because the wounds from removing these are minor and will heal quickly. If you catch the shoots very early, you can even rub them off with a thumb. They are weak and easily detach.

Sprouts that have hardened (older than a year) do need to be trimmed at the base off with the cutting tools appropriate for their thicknesses—pruners, lopping shears, or saw. When the watersprouts are high in the tree, this can be a difficult task best left to professionals.

While they are a detriment to mature, established plants where you want fast growth to occur only at the tips, watersprouts provide the shoots to use as scions in grafting procedures. By using watersprouts, it is possible to get young cuttings from a tree without going high into the crown. One-year-old wood is typically the ideal material for scions. The wood found suckers and watersprouts is juvenile wood and is thus fast-healing and fast-growing. It is also thin and flexible, ideal for many types of grafts.