Pruning Trees and Evergreens in Winter 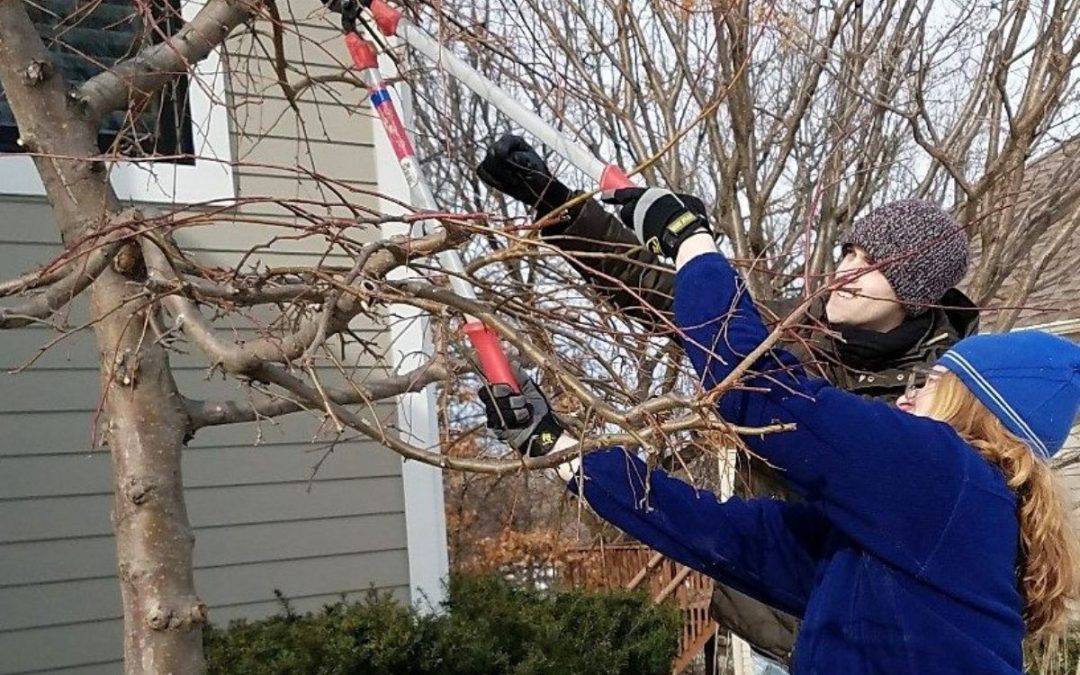 Winter is the ideal time to prune major trees and shrubs. This pruning will remove dead and diseased branches, as well as clutter. Also, winter pruning will allow you to cut major branches that are heading toward your windows or in a direction that you prefer. It’s also much easier to do when the tree’s branches aren’t covered in snow or ice.

How to Trim Trees in the Winter?

Pruning trees in the winter is beneficial for many reasons, including the appearance and health of the trees. The process also promotes a healthy burst of new growth and better blooming in the spring. The winter months also offer less chance for diseases and insects to cause damage to trees.

Pruning should be done flush to the trunk, not with tiny stubs. This helps to avoid damaging the tree’s structure and allows more light to enter. Horizontal growth is less secure and struggles to hold fruit, while upward growth holds the fruit more securely. It is also important to trim back last year’s growth, as this will strengthen the tree and conserve nutrients.

Evergreen trees and shrubs should be pruned during late winter to remove overgrown or smaller branches. This helps prevent rubbing branches that can cause wounds and allow disease to enter. However, it is important to avoid pruning too early, as this can reduce flower production during the blooming season.

When to prune trees in the winter can help prevent energy loss and reduce stress on trees. During the winter, trees are not actively trying to regrow limbs and are instead conserving energy to survive the winter. This allows the trees to rest and heal. Newly planted trees should not be pruned until they are two years old. However, trees that are older than two years old can be pruned in the winter.

Winter pruning helps maintain the structural integrity of the tree and can facilitate easy removal of branches. In addition, it also minimizes the risk of insects and disease transmission. Trees that are pruned in the winter can be invasive in natural areas, so it is important to research which plants to prune and when.

Ideally, pruning trees in the winter should be done after the temperatures have reached 50 degrees. This gives the tree time to “heal” before warmer weather starts. Warmer temperatures can bring out destructive insects and pathogens that can wreak havoc on trees. Tree pruning during the winter is also beneficial for fruit-bearing trees because it boosts the fruit production. However, it is not necessary to prune all types of plants in winter. For example, plants that produce blossoms on new growth should be pruned in winter while those that produce flowers on old growth should be pruned in late spring.

What plants can be pruned now?

Pruning in the spring and early summer is essential to the health of many plants. Some shrubs, like hydrangeas, will benefit from pruning now as their flower buds are still open. You can also prune summer-flowering trees in the winter and early spring, and these shrubs will bloom again on new growth.

The exact time to prune a plant depends on its growth habit, blooming season, and other factors. Generally, pruning should be performed in late winter to early spring. However, it should be noted that pruning an evergreen is stressful as it will interfere with its internal processes. Pruning a tree will remove any dead, dying, or damaged branches, as well as water sprouts.

Perennials and vines can be pruned frequently. This helps them become bushier and encourages new growth. You can also pinch new growth to keep the plant compact and full.

Can I prune during the growing season?

Pruning trees during the growing season can be dangerous and not the best idea. The tree can become infected with disease and decay if the branches are cut too soon. Pruning should only be done after the tree has grown one year. This is especially true for newly planted trees.

If pruning is done in spring, the plant will lose some of the food it has stored in its stems and roots. It will need to produce new foliage to replace the food it has used up. It may also result in dwarfing. This can be prevented by carefully planning your pruning.

Before pruning, you must first examine the tree. Examine its size and shape to determine how much you need to cut. If some branches are too long, prune them with thinning or heading cuts. If the tree is still growing vigorously, you can prune it by removing only a few large branches at a time. The rest should be left for the next year. This is a good practice to ensure the health and growth of your tree.

When to Prune Trees and Evergreens?

When to prune trees and evergreens in winter is dependent on the type of evergreen. Some types should only be pruned in the winter, while others should be pruned in the early spring. It is important to prune carefully to avoid damaging the evergreen’s growth and inviting diseases. The method of pruning will vary depending on the type of evergreen and its location. For example, broadleaf evergreens have leaves that do not have needles, while conifers have needled, flat-scaled foliage, such as cypress or arborvitae.

The best time to prune trees and evergreens is in the winter, when the leaves and branches are still dormant and the temperatures are still cold. Trees tend to slow down, similar to how hibernating animals store their energy for the winter. This means that pruning trees and shrubs in the winter will not disrupt their growth patterns or stimulate new leaf growth, so you will be able to better observe their structure and health.

Proper pruning will enhance a tree’s appearance and health, and will also keep it safer for people and animals. Proper pruning will also prevent the spread of certain tree diseases, including bacterial, fungal, and parasitic diseases. The good news is that most of these pests and diseases are dormant in the winter, so winter tree work is less likely to spread them.

General Cold-Weather Pruning tips include pruning trees during the coldest part of the year. Pruning is necessary to encourage good shape and health, and it also reduces the risk of damage from frost. During winter months, you can prune your plum tree to eliminate dead wood, shorten longer shoots, and promote a healthy, uniform size.

It is best to prune trees during the dormant phase of their growth in late winter, before new growth emerges. In the Mid-Atlantic, this means pruning six to ten weeks before the average last frost. This allows you to inspect branch structure more easily. However, avoid pruning too early in the season. This can lead to damaging spring blooms.

Why It’s important to trim trees?

Proper pruning helps young trees develop a strong foundation and desired aesthetic. The early trimming should focus on pruning away dead or broken branches and avoid heavy pruning until two years after planting. This allows the tree to establish itself and prevent stress during transplanting. Also, it allows you to work with the tree without risking damage.

Another benefit of pruning in the winter is that the cuts are smaller and won’t disturb the neighboring plants. Winter pruning also reduces the risk of soil compaction.

Winter is an excellent time for tree trimming. However, it is important to use the right equipment and tools to prevent any accidents. Using professionals is also a good idea to avoid any time-consuming mistakes. It is also a more economical way of trimming trees. Here are some of the best tips for trimming trees in winter.

Winter tree trimming can boost new growth, stimulate the tree to use nutrients better, and make it more resistant to damage from extreme weather. However, there are some varieties of trees that will not benefit from this practice. Early-flowering trees, for example, will unfurl their buds in the winter. Trimming these trees in the spring can set them back and prevent new growth.

Pruning trees in winter can also help reduce the risk of spreading tree diseases. Tree diseases are spread by insects, fungi, and bacteria, and they usually lie dormant during the winter season. In the summertime, the insects are active and pose a greater risk of damaging trees.